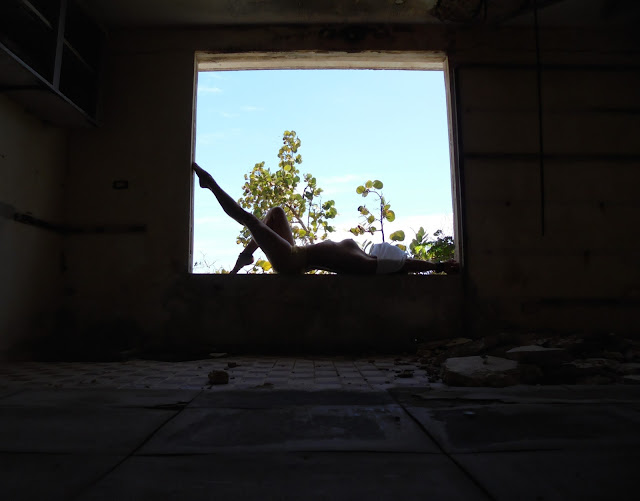 (All pics. snapped on 3/11/17 - using a Sony Cybershot and barely edited with iPhoto)

Soooooo...YEAH! It's been awhile (gross understatement) since I posted any new pics. - more than a year to be exact! I killed my camera right around this time last year, and only just got its replacement when my kids brought one down for me at Christmastime...the other problem though, is that my laptop has now also kicked the bucket - so even though I've been able to take new self-snaps, I haven't...since there would be no way for me to upload, edit, and post them. 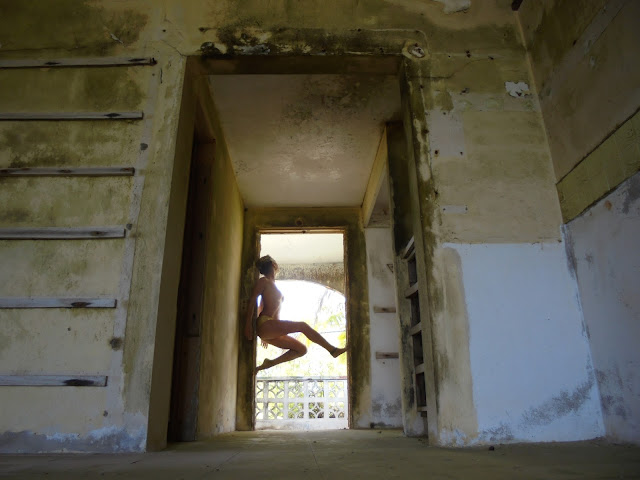 But, a little ray of sunshine shone down on me the other day when one of my neighbors asked me if I would go out with her and another friend to scout out some cool spots on the island where we could both take some new pictures of ourselves.  Naturally, I answered with an enthusiastic, "YES!!!" And so last Saturday, I charged up my newest cheap camera, and set out with my pals to see if we could get anything worthwhile. 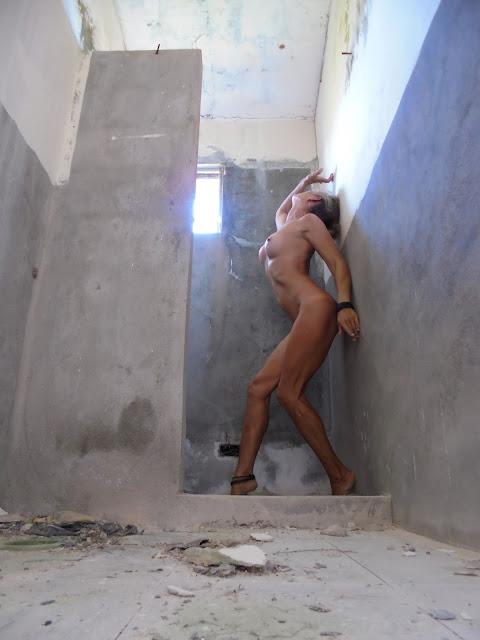 Not gonna lie, I was definitely rusty...my body felt far less agile, flexible, and strong...my poses were entirely unoriginal, I just wasn't feeling as though I was producing anything cutting edge or new. However, the venues in which my girlfriends and I found ourselves, were phenomenal - providing some of the best natural light in which I've ever shot. (I only edited the pics. in this post by doing a teensy bit of cropping, and straightening - chest tout!) Additionally, it felt fully fantastic to finally be darting between camera and pose again - I guess I haven't let myself realize how much I've been missing my former obsession with dash photography. 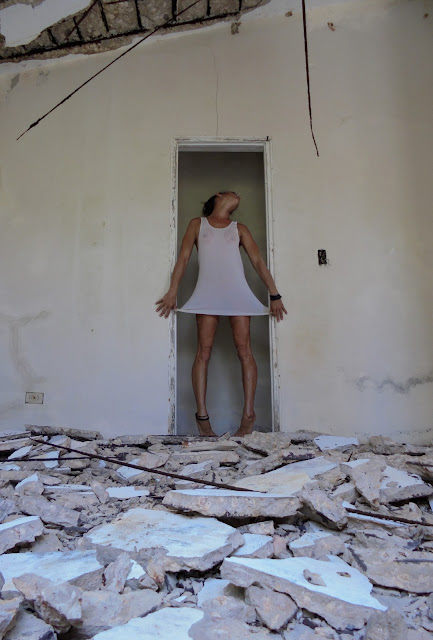 Right, so I came home with a bunch of new self-portraits - YAY! Sadly though, I had no way of dealing with them...awwwwwww. That is, until! My youngest daughter arrived at my house this past Sunday, to spend a week here on Anguilla with me for her spring break...and lo and behold, the child had brought along her laptop - SCORE! 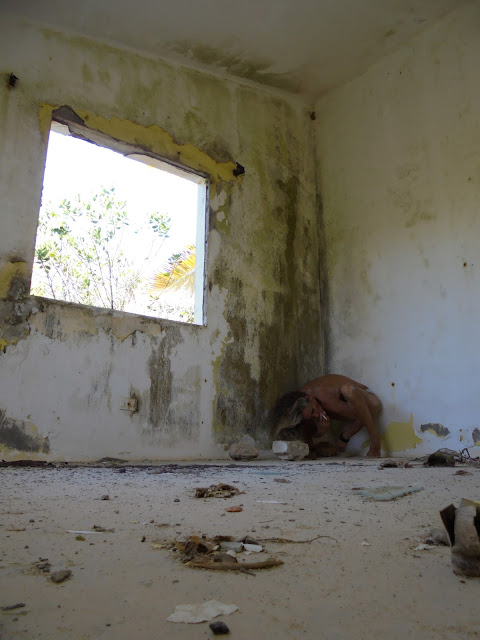 She very sweetly allowed me to upload my new pics. to her laptop, but because we've been basically non-stop action since she and her schoolmate reached - I am only just now finding a spare minute to share some with you - my dear, neglected readers. Who knows when I'll ever be able to post a next, new set - but we'll worry about that later. Right now, I'm just ecstatic to actually have something to post on The Big Ugly! 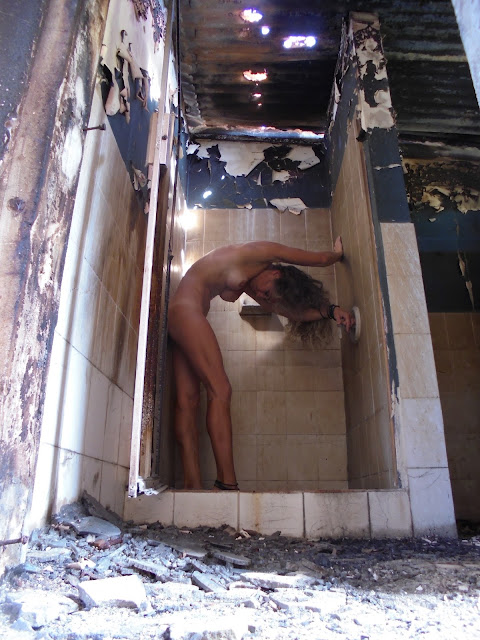 And now, if you'll kindly excuse me - there are two little girls here who are eager to get out of this darned shack, so that we can go spend yet another wonderful day of their spring break together here in paradise...

Hope to see you all again soooooon!