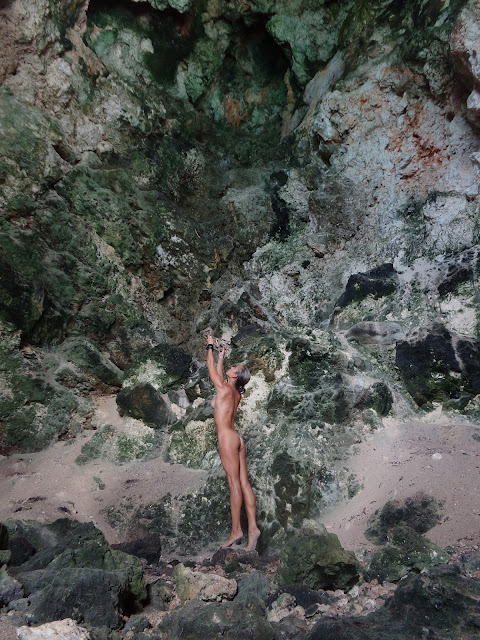 Found a seabird skeleton in this cave…thought that was pretty neat. I would've carried it back home with me, but it fell apart after shooting with it as a prop for only like 6 frames…blap. 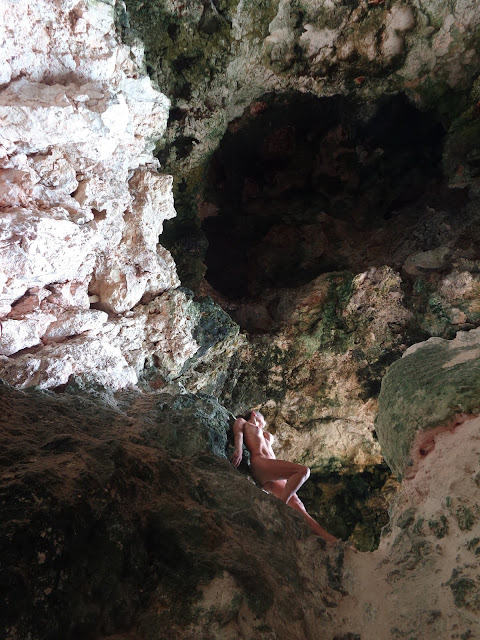 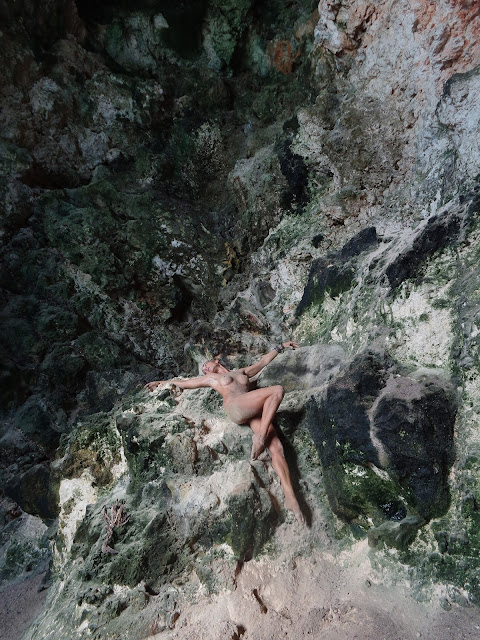 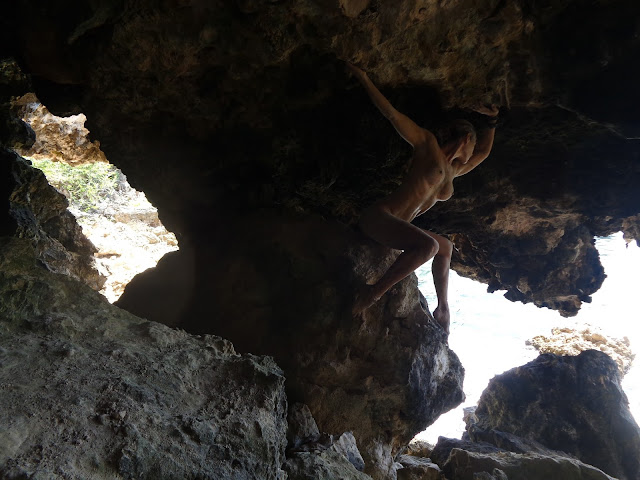 My laptop has been acting seriously dumb lately, and one of the things that makes it spaz - is whenever I try to edit my pics. on iPhoto…and because of that, this entire group of photos is unedited, so there ya' go.

Even though I've been to this bay a thousand times before, it wasn't until last week when my kids were here with me for Christmastime, that I went inside of the cave that's tucked into the cliff on the north side - for the first time...and I was positively awestruck by its beauty and delicious natural light! I was however utterly disgusted with myself, because like the dumbass that I can be sometimes, I'd forgotten to bring my GoPro with me. I vowed to come back to try and capture its beauty another day…and the more I thought about it, the more I became fixated with the idea of staging a self-portrait shoot there.

So. After much hesitation and procrastination, I finally mustered up enough determination to make today the day that this shoot would happen. I packed my shitty little camera inside of six sealed ziploc bags, rode my motorbike over to the lookout, wended my way down the track that leads to the sea, jumped in, and then swam across Little Bay - carrying the makeshift waterproof camera-bag as much over my head as I could keep it for such a long distance. I carefully climbed out of the water - trying to avoid stepping on a dreaded sea shooter (or multiple), scuttled up into the cave, set up my camera on its companion Gorillapod, and let myself get completely lost in my work, and this remarkable venue.

Was truly a magical way to end the year…

Happy Old Year's Night to YOU - my wonderful readers! I love you all madly, and wish you all the best in 2016!!!