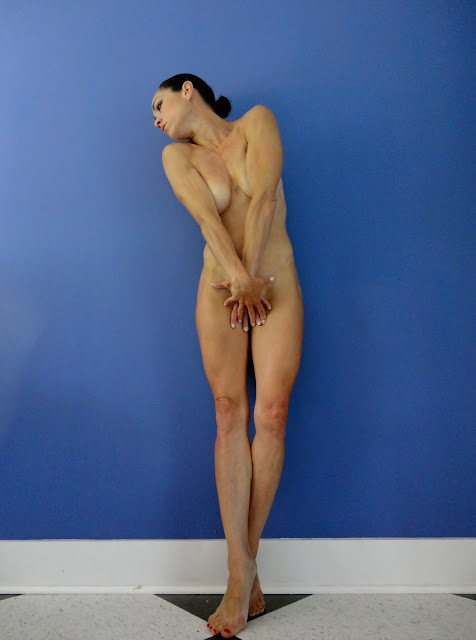 
A coupla weekends ago, while attending my friends' Kentucky Derby party - the hostess handed me a frozen margarita (yum), and then asked if I would help her choose a new paint color for her dining room. After we mutually agreed upon a pale, yummy shade of creamy cappuccino - she then asked if I knew how to paint, by chance. When I told her that I did (adding that I happen to be pretty good at it, actually) she offered to pay me to do the work, if I'd be willing. I was like, "Oh, hell yes!" cuz ya' see? I've been having this teensy weensy problem lately, keeping my bank account outta the red...I was grateful for the opportunity to pad my pockets a bit, as well as extremely eager to do so. I thanked my friend ("H.B."), and told her that I'd be back bright and early in the morning to get started. 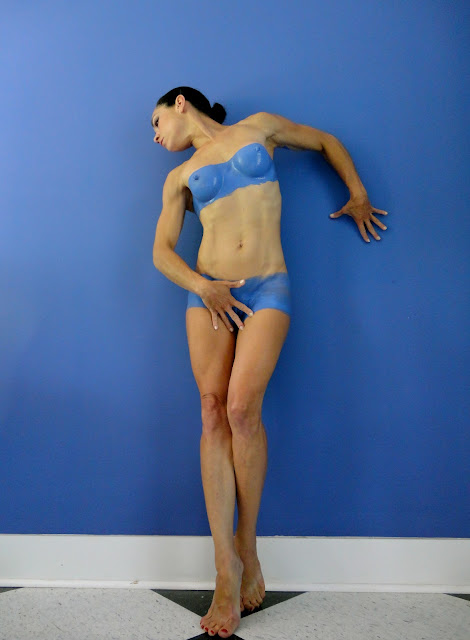 As hoped, getting paid for the nine hour job did help me start digging my way out of the financial hole that I seem to be perpetually stuck in...but little did I know when I signed up for the job, that it would also serve as a means by which to keep myself productive and distracted following an argument that I'd had with my honey, shortly after leaving the Kentucky Derby party...the final disagreement in an absurdly long string of 'em, that ultimately ushered in the beginning of our end...yyyeahhhh... 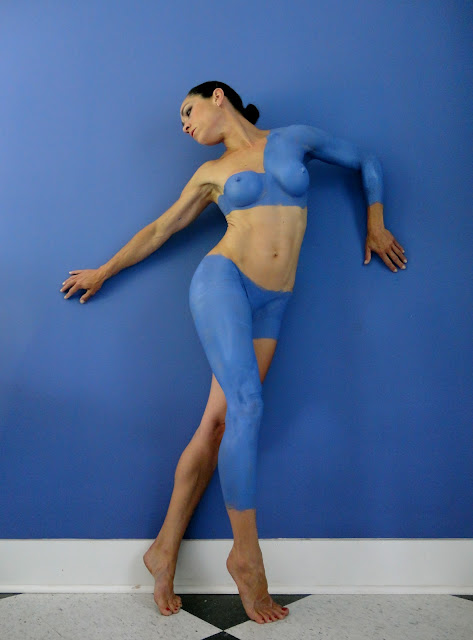 H.B. was so pleased with the way the dining room turned out, that she wondered if I'd also be interested in painting her bedroom...and naturally, I was! So last Friday, I returned to tackle the second painting project - and once again I was thankful for the money that I earned, but even more so for the chance to keep myself occupied doing something more constructive than friggin' crying all the time... 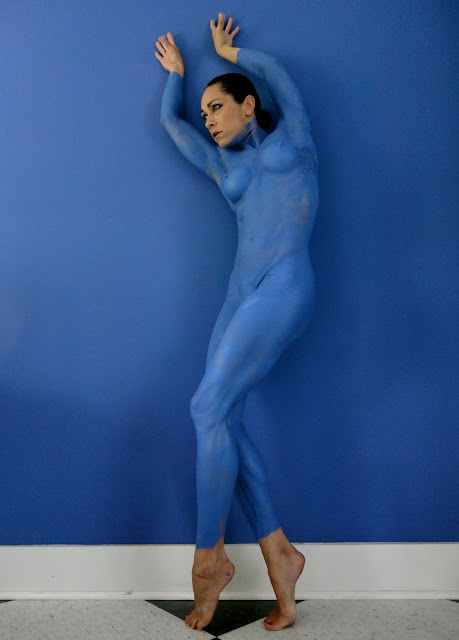 At some point that day, H.B. (who works at home) called me into her office saying, "Hey, LL - come here for a sec....I've got something I wanna show ya'". Pulling up YouTube on her laptop, she asked if I'd seen the video for the Gotye song, "Somebody That I Used to Know". I said that I'd heard the song on Pandora a few times, and that I really did like it a lot - but that no. I'd never seen the video for it. We watched spellbound, as Gotye gradually blended into the geometrically painted wall behind him...and at that point, H.B. told me that for some reason (perhaps because I was there at her house painting? I dunno) the idea that I try to do something similar in my pics. to what they did in the Gotye video - had literally just popped into her head...and I liked it! 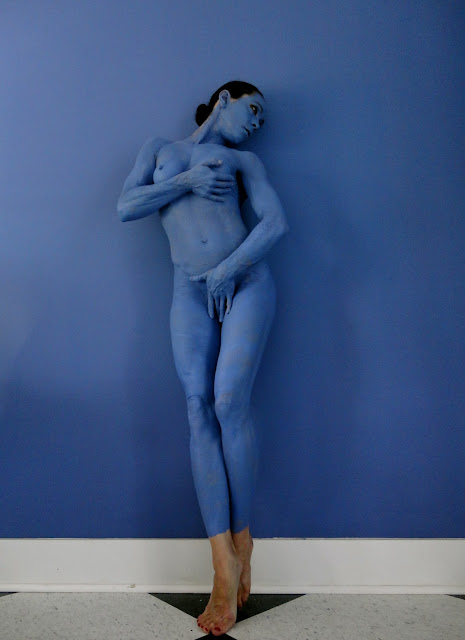 My own rendition of the concept wasn't near as complicated as what I'd seen in the video there on H.B.'s laptop...regardless though, it was a fun and different shoot for me to stage (which I must say, I badly needed)

And so along with everything else that H.B. did to help this pathetic, old gal out last week - I owe her a huge debt of gratitude for also inspiring me to try something new in my pics.. THANK You for being a really truly great friend!!!