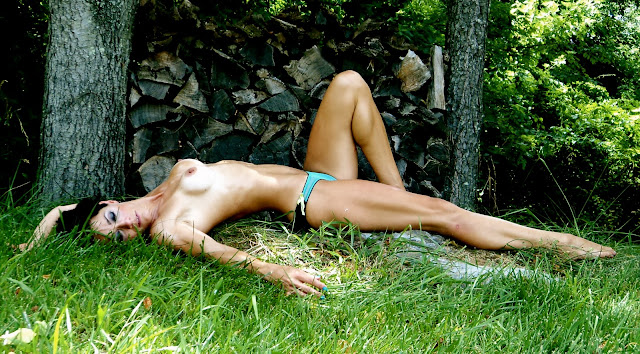 
Hey, real quick - I gotta drop a Big Ugly "THANKS!" to all of you out there who so graciously interrupt what you're doing at the time, to stop by and check out my blog. My gratitude is boundless - honest and true, it is! And after yesterday's post (which I was certain would disappoint) I was not only blown away by the bevy of positive remarks, but was also (I felt) exonerated - by my viewers/readers - from feeling guilty for deviating from my norm (whatever that is)...You guys are the best, I really mean it...

That being said, a promise is a promise...and so to follow through with my pledge to make it up to (at least some of) you, for publishing yesterday's goody-goody(ish) post, and to antagonize my adversaries as I'd threatened, but also to set foot (for the first time in months) on my old stompin' grounds of Twitter's #HNT - this little snippet features nuttin' but shameless, hardcore soft-porn (lotta boobie action in this one folks...brace yourselves).

Don't get me wrong, although this post started out to be entirely about in-your-face tit pics., presented as a peace offering, or shock value, or even my long-overdue observance of #HNT, in collecting these photos I came to an accidental conclusion. And without further ado - let's draw that conclusion, shall we?

I thumbed through my vast collection of hundreds of self-portraits, in search of photos that were (to put it bluntly) more about the female form and the ensuing sexually-driven response, than something experimental, artsy and thought-provoking (like yesterday's pics. presumably were), and I was startled by just how deep I had to dig, in order to find photos which met my triumvirate of needs for this post. I dunno...I guess I just don't snap pics. like these very much anymore. Could be because I do most of my shoots in public these days, but also as mentioned in yesterday's post - I have been on a bit of a story-telling bent, and if memory serves me - that was not at all the impetus behind the pics. that I gathered from the kitty for this post.

After a bit of cogitation, I deduced that despite their general purpose of being primarily about showing some skin - these pictures still spanned the spectrum that I sought to illustrate. And the photo up top, effortlessly took its place firmly at one end, earning its spot as the image begot from the least amount of thought, preparation or effort. The only notable detail was that I'd just days before, broken my right fibula at the knee - so the dagblasted thing really freakin' hurt! But whatever, I still consider it to be the product of one of my most cliche shoots to date - resting on nothing other than stereotypical pin-up laurels. Matter of fact - I've posted it another time as my #HNT (apologies to those who've already seen it) 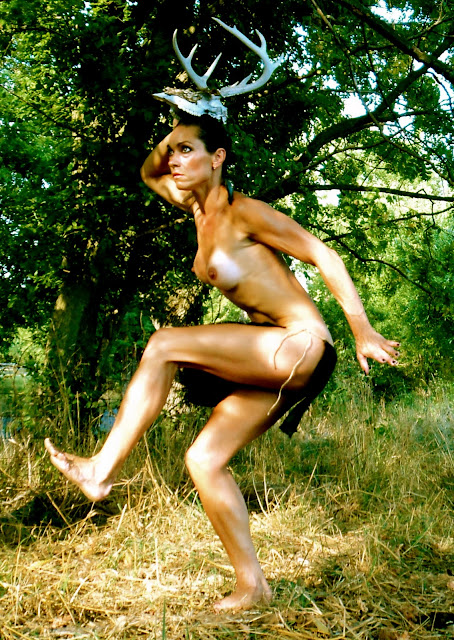 
The photo above was also snapped with #HNT in mind, but at the time I found it too corny...or goofy...or just plain weird. I never even thought about it much before today...but it was the one which best typified the opposite extreme. Sorta like - nice try dude, but just a leeetle too far out there. 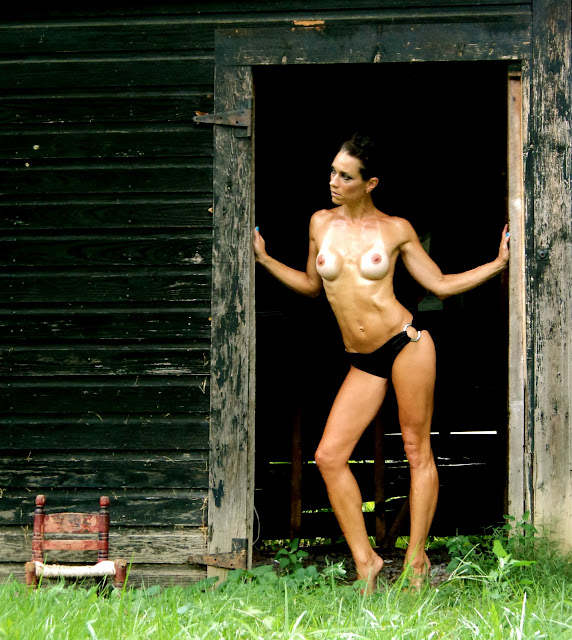 
Now this one, on the other hand, is to me - the clear winner of the trio. It is a reasonable balance of sexy and creative and might even cause the viewer to conjure a story.

Breaking all of this down to reach the big conclusion, I suggest that yesterday's post is akin to the unusual antler pic. (a divergence from what my viewers may have come to expect) and today's entry is clearly an example of how dull too much of any one thing can be (a la the "seen it before", redundant woodpile pic.) Which leads me to my new objective - of striving to find an engaging happy medium...enabling me to somehow keep us all entertained.