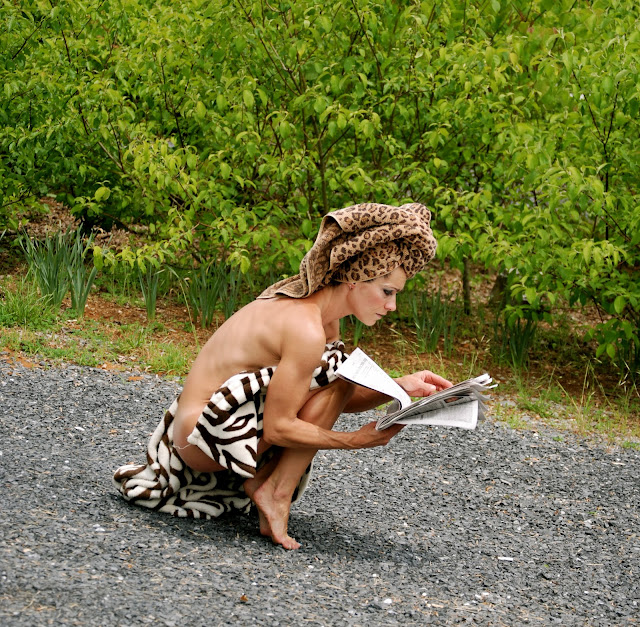 The first time that I modeled for anyone other than myself (since the self-portraiture bug bit me, that is) was just a coupla months after falling in love with dash photography. A good girlfriend of mine had been keeping up to speed with my newfound addiction, via my sefpics album on Facebook - and (being a photography buff herself) she asked if I'd be interested in posing for her. I said, "Yes", we shot at my house on May 12th, 2010 - and had an absolute ton of fun doing it...but. That was the last time that I ever did anything like that, until this past Sunday...more than two whole years after that day at my house with my friend. 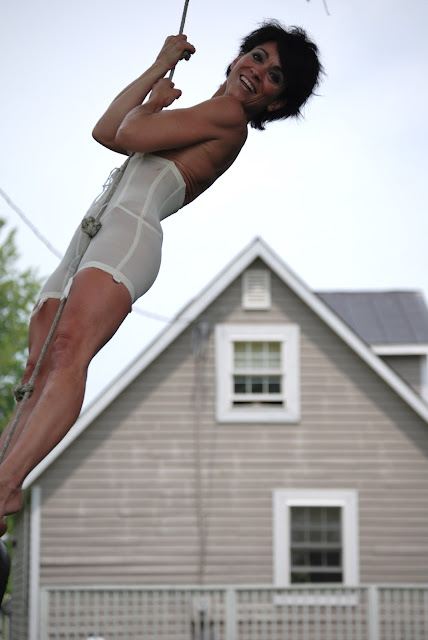 I hadn't looked at these portraits, in I don't know how long...but in filing through 'em for the first time in ages, while trying to choose which ones to share in this post - I cringed when I noticed how awkward I looked in the bulk of the pics. that my girlfriend had taken. My son when he saw them, even commented, "Mom, you were terrible at this stuff back then" - Ha! 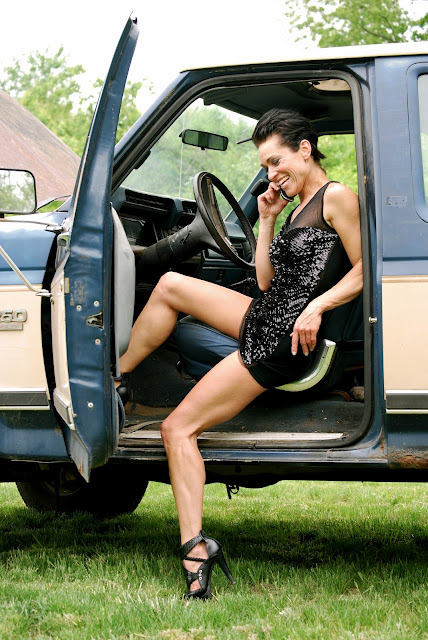 Next though, I realized how much things have changed since way back when these pictures were snapped. Liiiiiike...I hadn't yet sold my beloved Big Ugly Truck (*wah*), my hair was still short (so glad it's finally grown out), and I was smiling in many of the hundreds of images....something that almost never happens in the portraits that I snap of myself. 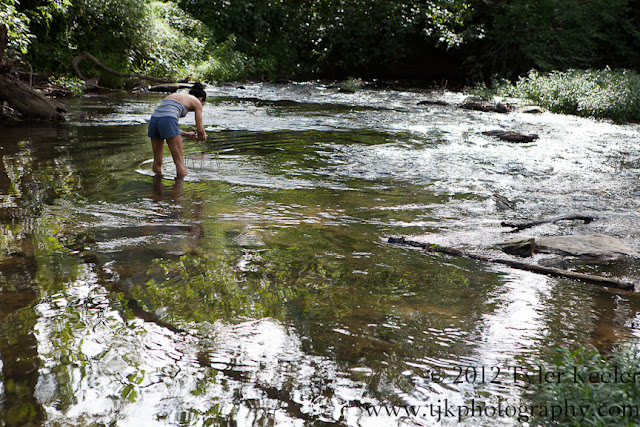 Fast forward to last weekend when the plans that I'd made to collaborate artistically with an extremely gifted, professional photographer - who specializes in both color and black and white fine art nudes - finally came to fruition.

I met Tyler Keeler a few weeks ago, while at the home of mutual friends - and after checking out each other's work, we then talked about combining forces. The idea being that we bring our respective gear to a designated location - so that Tyler could take some pictures of me, and I could do some selfies as well.

We arrived at Goose Creek, fairly late in the afternoon - and as I contemplated how best to take advantage of the gorgeous setting, by fiddling with camera placement and all that - it occurred to me that it was much more important for Tyler to get his pics while we were both there together, and the light was still good...I could always come back another time to do mine. 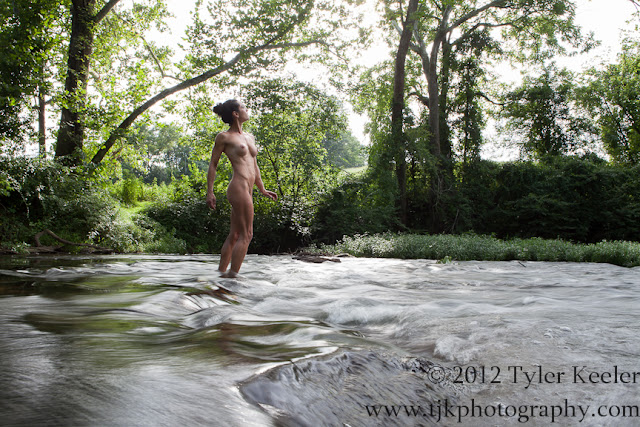 I carried my camera and the little table that it stands on, over to a rock on the bank for safe keeping - and announced, "Ok, I'm gonna get naked now"...and almost immediately after I did - we got to work. 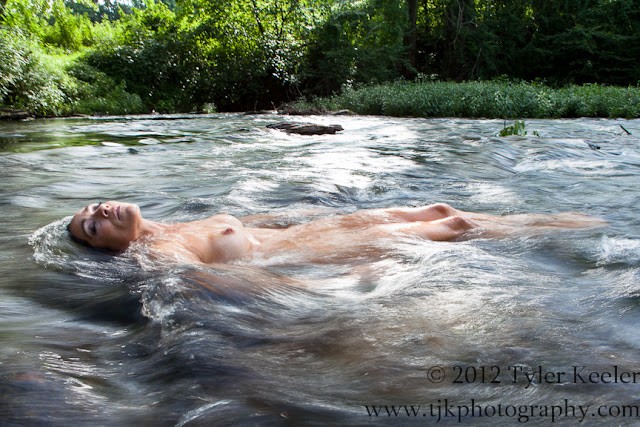 I realized right away, that the differences between being my own model (versus modeling for somebody else) are pretty pronounced. Where I'm used to only having a second or two, and sometimes just a fraction of a second to hold each pose for every individual shot that I take, as Tyler's model I was instead holding completely static poses, or staying in one position for extended periods of time. I was a bit blown away by how fatiguing it can be to keep perfectly still for so long...or other times - by bracing myself against the rocks under the water's surface, so that I wouldn't creep downstream and out of frame. 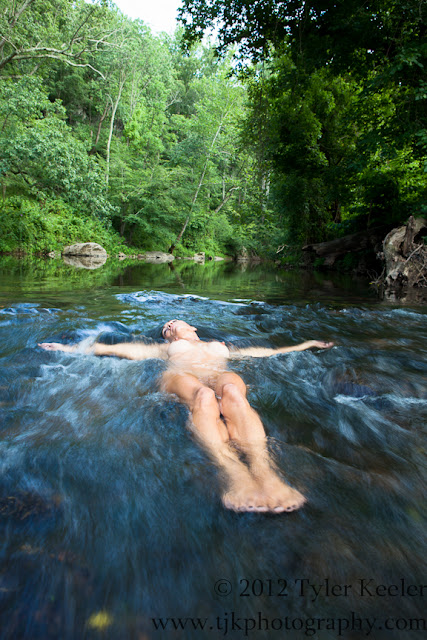 The other main difference (and the thing that I was most nervous about, leading up to my big shoot with Tyler) was giving the creative control over to a photographer other than myself. Once we got started though, this became a non-issue. I understood, and very much appreciated Tyler's vision...and so contrary to what I'd initially expected, it was nothing to hand him the reins. 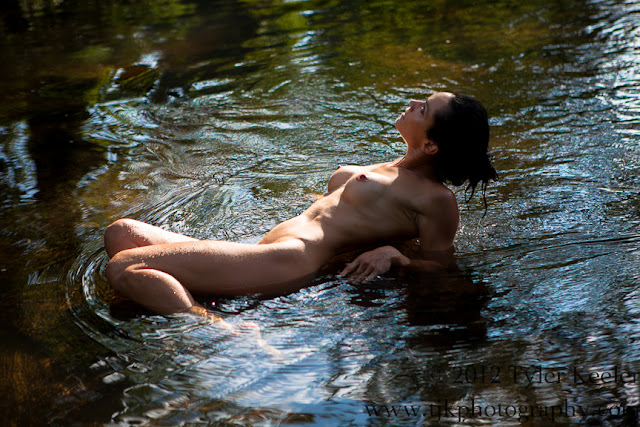 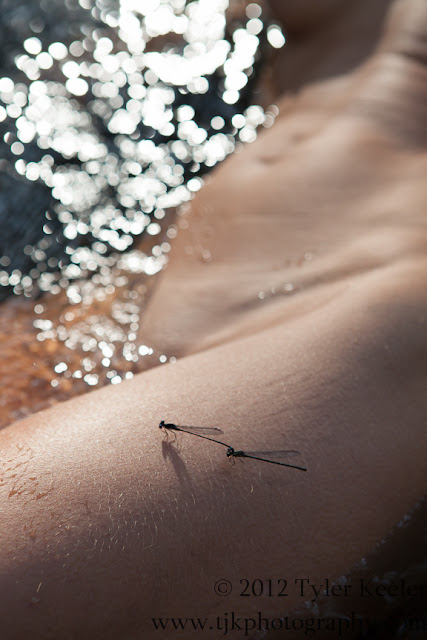 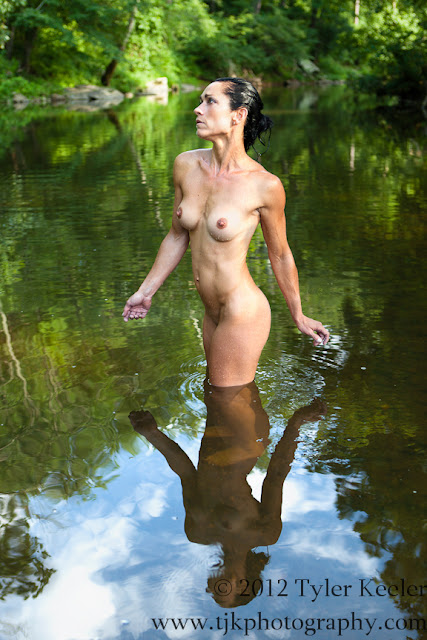 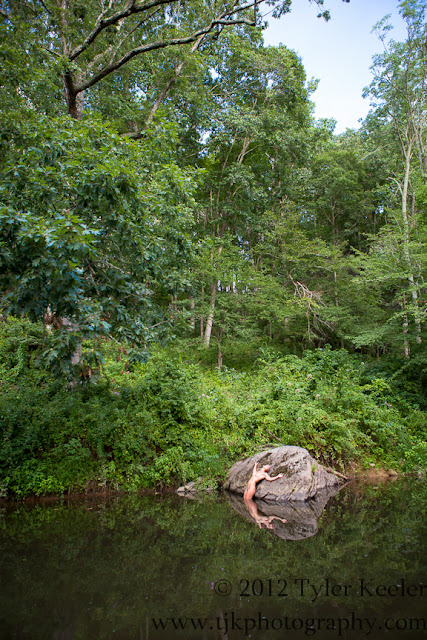 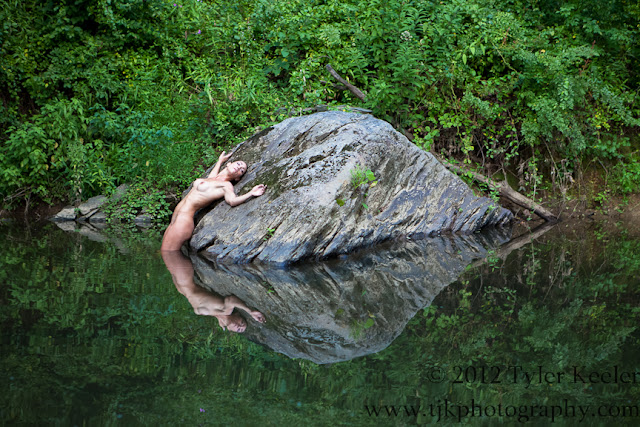 Is that not so cool?! 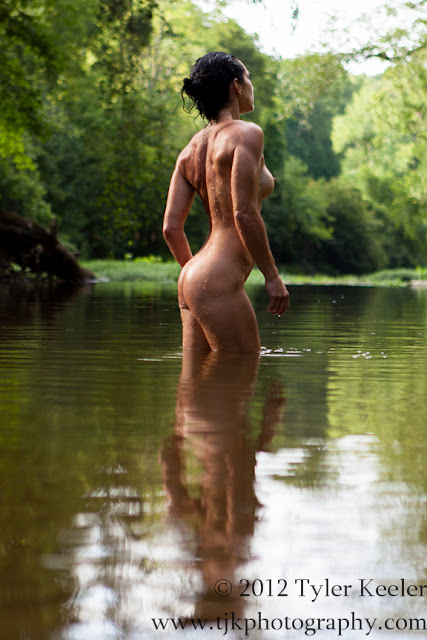 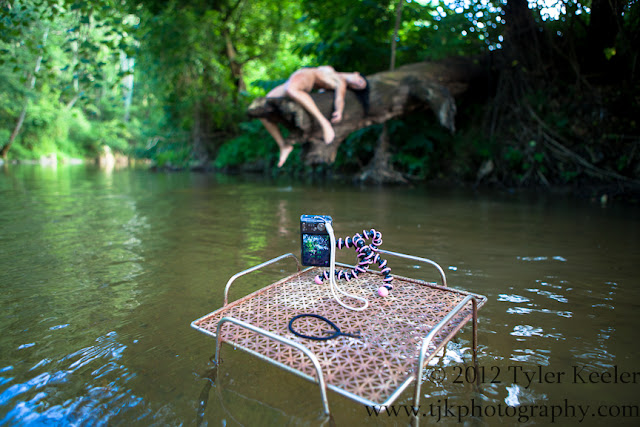 We took a short break so Tyler could put a new memory card in his camera - and at that point I asked if he'd be ok with me taking a handful of selfies, real quick. Not surprisingly, he wholeheartedly encouraged me to do so, plus - he took some very nifty pics. of me taking the pictures of myself! Bonus! 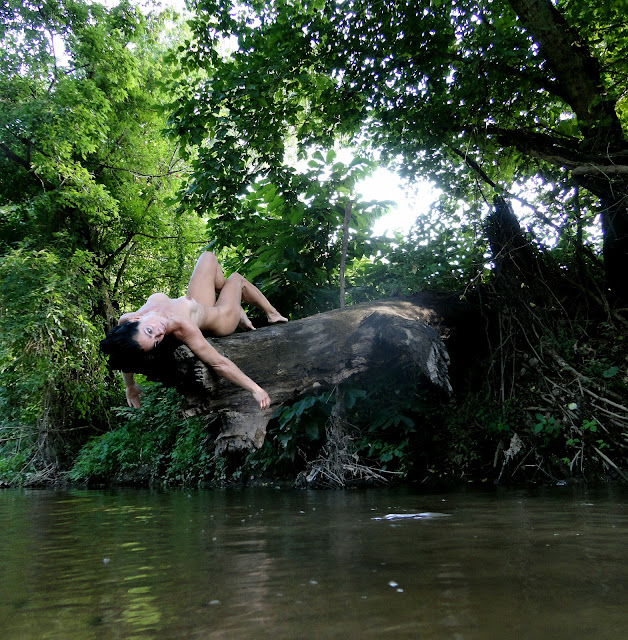 I did find it odd, that the most difficult part of the day for me - was switching gears from straight modeling, to getting into self-portraiture mode. In fact, I was so not moved by the pictures I was taking, that after only 11 frames I canned the idea, and resumed posing for Tyler instead.

Like I said though, I can always return to this spot to stage my own shoot - and if I can remember how to get there...I will.

This entire experience was truly amazing...I went home that evening feeling proud of myself - cuz I'd tried something different...for once. And I guess it kinda goes without saying, how much of an honor it was to be able to work under the auspices of a photographer of Tyler Keeler's calibre. THANK You, Tyler - for this wonderful opportunity to branch out!

I strongly encourage you guys to visit Tyler's website at: www.tjkphotography.com or the blog post that he wrote about the shoot: here. His galleries are brimming with exquisite, fine art nudes. Once you see them for yourselves, I'm sure that you'll agree.