Takin' It To the Grave...Yard 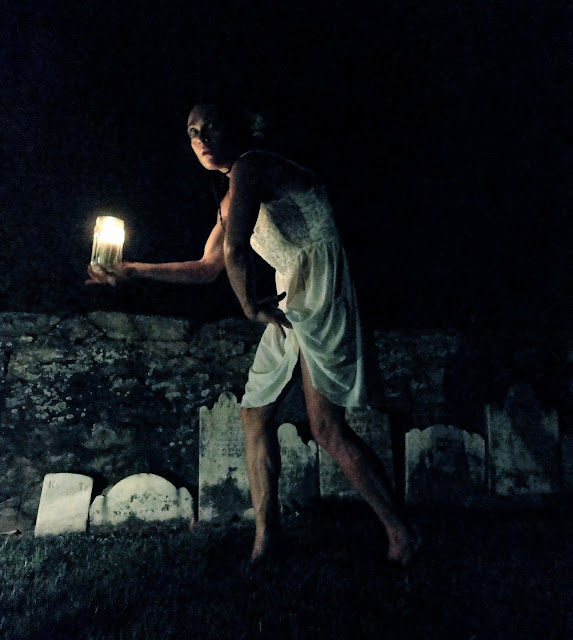 Last Monday night, I met up again with fine art nude photographer - Tyler Keeler, for our second photo shoot together - yay! The moon was a coupla days shy of being completely full, but since Tyler had commitments later on in the week, and because he was eager to do some long exposure shots in the bright light of the almost full moon - we felt that we simply had to take advantage of that particularly gorgeous, balmy, clear night by doing some late-night pics. at his friend's farm...as well as at a pristine, old cemetery, in a neighboring town. 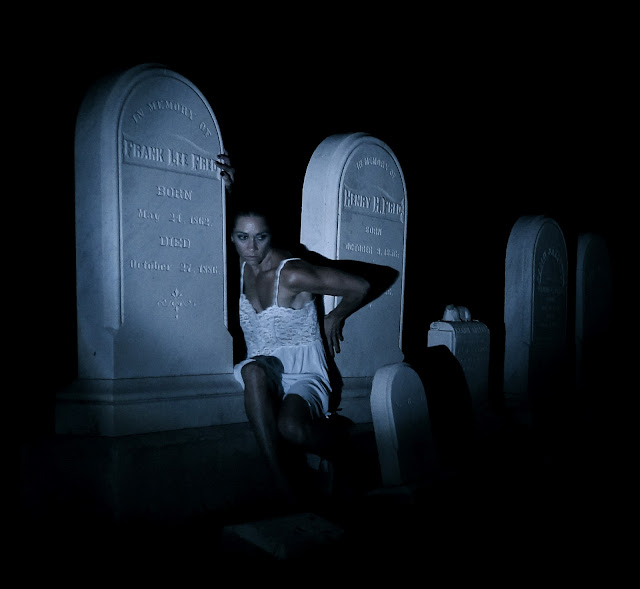 Although I myself, have done, and still do nighttime shoots every now and then - the quality of the resulting pics. is generally somewhat negligible, especially in comparison to the remarkable images that Tyler consistently captured over the course of our moonlit shoot...and because of that, I decided early on - that I wouldn't bother wasting Tyler's time, or my own - by staging self-portraits that night. 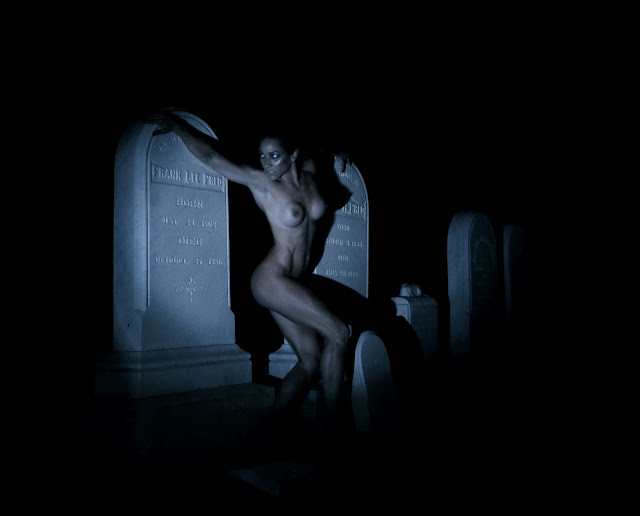 Part of the reason too, that I was so adamant about not shooting - was cuz the 9V battery powered flashlight that I typically use to illuminate my nighttime pics. (in lieu of the flash on my camera) had burned out...and (space case that I am), I'd forgotten to purchase a new battery for the derned thing...*guh*. Tyler however, was far more prepared than I had been - and he'd brought along this super nifty, LED flashlight with an adjustable head, that stood on a flexible, jointed tripod - its legs very similar to the ones on my Gorillapod...and when he offered to let me use it so that I could snap a few pics. of myself, for myself - I felt like I ought not refuse, and so I didn't. 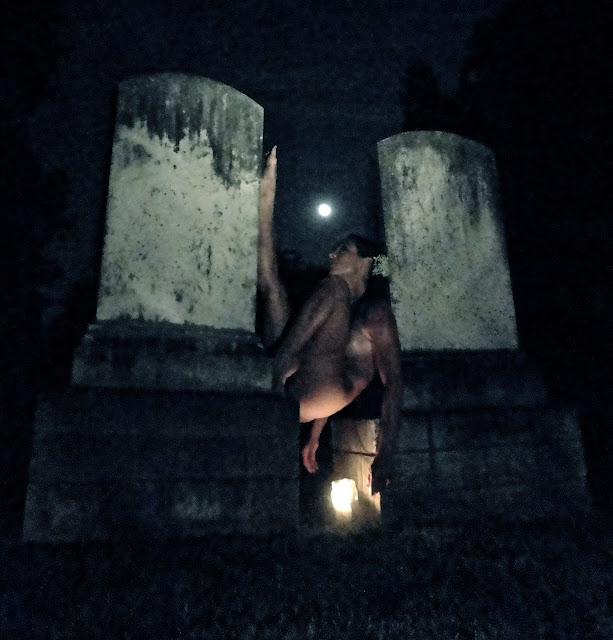 The pictures that I took though, definitely paled in comparison to the ones that Tyler kept getting that night...nevertheless - I didn't totally hate mine, plus I did really love that old cemetery...sooooo...I made a pact with myself. As soon as I bought a new 9V battery for my flashlight, I would be allowed to return to the old cemetery...at which point I could kinda pick up where I'd left off on the night that I'd been there with Tyler. 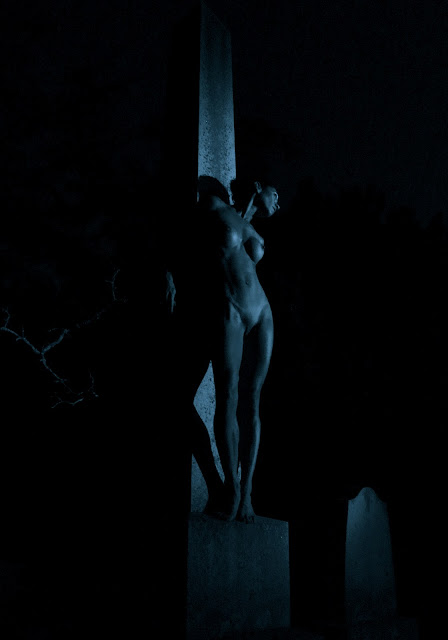 Uhhhhh...yeah. So as I'm sure you can see, the selfies that I shot while illuminated in the dreamy, blue glow of Tyler's uber-bitchin' flashlight (the ones taken on 7/31/12) - turned out way freakin' better than the grainy duds that I snapped last night using my (shitty) flashlight. Thing is though, for as much as I am now itchin' to upgrade to a better light source - for late night type shoots, such as these - I am also inexplicably hardheaded and stubborn about feeling the need to stick with the equipment to which I have always been faithful.