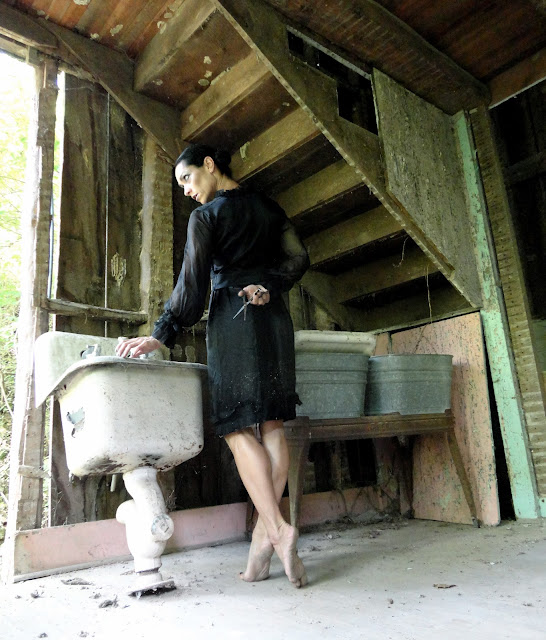 Ah yes...the "little black dress''...a staple wardrobe element that most every woman has hanging in her closet. For its universal appeal as the perfect answer to that age-old question, "What on earth shall I wear?!", it has become the quintessential go-to garment. Timeless and versatile - the LBD can be dressed up or down in order to suit most any formal or semi-formal occasion. I myself have several little black dresses, of which I am especially fond. Although I couldn't even tell you the last time that I wore one of them, as I haven't attended a social function in ages. 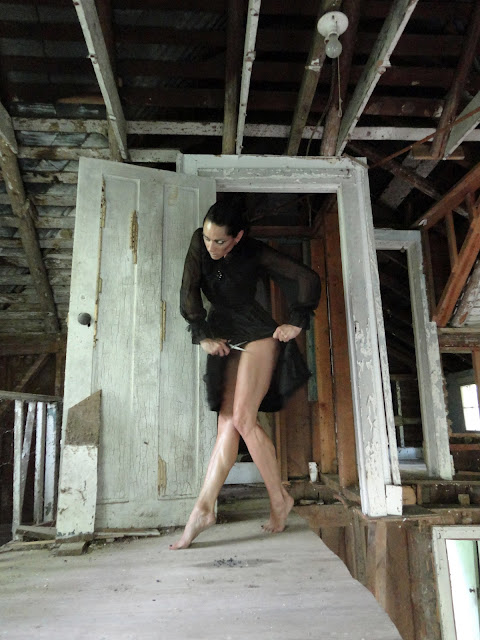 This past weekend, while doing the thrift store circuit with my three girls - I came across the black, silk, Alberta Ferretti dress (that I'm cutting and ripping to shreds in these pics.), and happily paid the puny six bucks that Goodwill had it marked for sale. It's not maybe as simple as a more typical little black dress - nevertheless, for the sake of this post, it's gonna havta do. 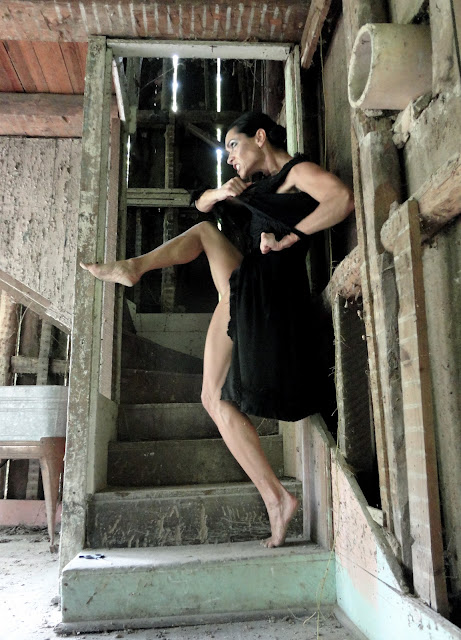 The dress stood out among its far less interesting counterparts - not so much because it was something that I would actually wear out in public, but more because it was of a higher quality than the garments that I usually find at Goodwill. I decided that even though I hadn't a clue why or where I would ever don the derned thing, it was so inexpensive, and such a nice dress - I simply couldn't leave it on the rack there, for someone else to buy. 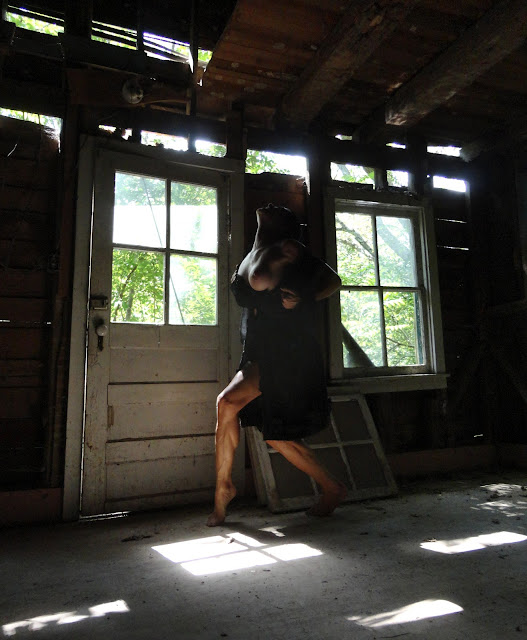 Earlier in the weekend, while driving my daughter to a friend's house for a party - I spotted a teensy, abandoned cabin peeking out from behind a thick grove of immature trees, on property that we passed along the way…and the instant I saw it, I knew without question that I should stage my next photo shoot there. And so yesterday, when I finally found the time to go out and take the pics., I stuffed my recently acquired, little black dress into my camera bag, along a couple of other dresses and the rest of my gear. 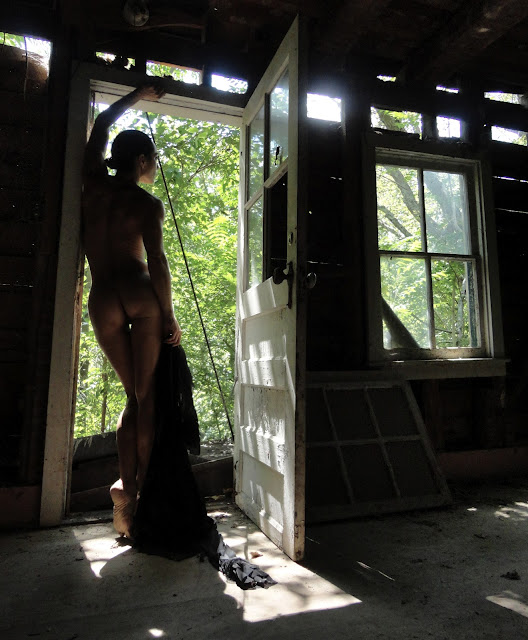 I arrived at the cabin, did the naked shots behind the window first, then zipped myself into the little black dress while mulling over what to do next...and as I dug through my camera bag looking for a lipstick or something, I came across the scissors that I carry along on each outing - and only then did I come up with the idea to cut myself out of the $6 thrift store gem. I was admittedly somewhat hesitant to completely destroy my precious, pretty, new frock - but ultimately I reasoned, "Where the hell am I ever gonna wear it for real?" 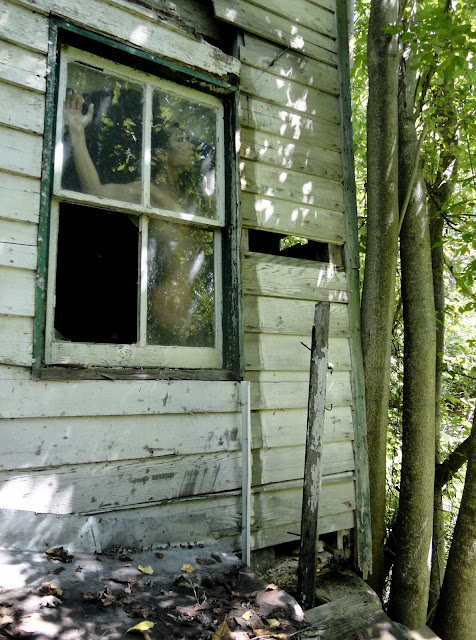 As I drove away from the two hour shoot, reviewing the new pics. on my camera (being careful not to wreck my car, of course) - something kinda yucky occurred to me. In every single photo there was an overabundance of familiar elements...it was like I'd attempted to do nothing brand new whatsoever...it felt weird...

I had thought that the shoot had gone pretty well, and that I'd done a fairly good job...but in clicking through the images I was aghast to see the same worn out old poses that I always seem to do anymore...the overplayed tilt of my head that I rely on in order to avoid taking pictures of my face straight on...my bare feet standing on omnipresent tippy toes...the use of windows and doors - as a source of natural light and for framing my body...I've even taken self-portraits while cutting different clothing with those very same scissors before...and all of this in yet another abandoned house...*sigh*

Before I fell into utter despair however, a comforting thought crossed my mind...in unintentionally (and I do mean that) falling back on a combination of my most commonly used tricks for this shoot, had I not in essence absentmindedly stuck with the most acceptable, safe alternative? Almost like when you eliminate the hassle of trying to decide on what to wear to an event, by settling on a basic LBD.

I think approaching a shoot this way is ok, every once in awhile - but I'd prefer it if I could begin to limit myself to doing so with roughly the same amount of frequency that I find myself goin' out in a little black dress...