If You Go Into The Woods Today... 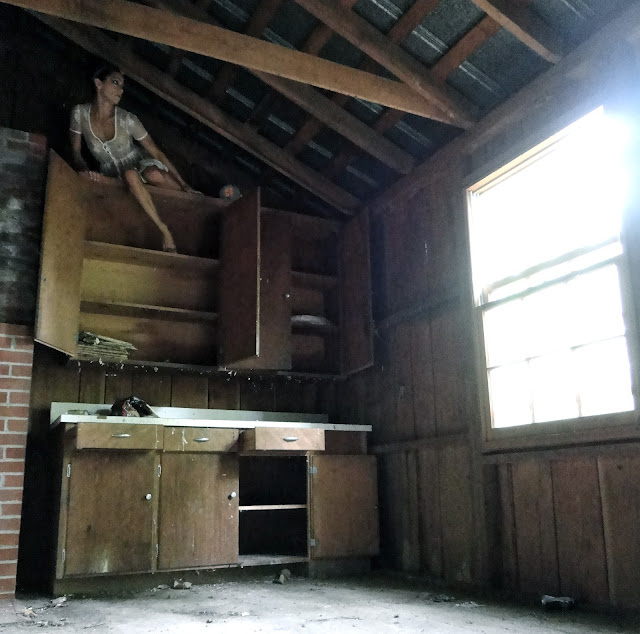 A couple of nights ago, my two good friends showed me the secret spot where these pictures were taken. After walking up the lane from my one friend's house, ducking into a wooded, private property, and then following an overgrown trail that eventually led us to the rusty well pump and wash tub - the guys left me alone to take my selfpics in peace. The two of them however, continued on along the old path, to see what else they might find - and when they returned, they told me that they had some good news.

Turned out that at top of the hill where the path finally ended - there was a weathered, but solid cabin - and it was unlocked! It was too late in the evening to stage pics. there that night, as the sun was getting low, its light shining ever more dimly through the trees...but I reminded myself that there was always tomorrow... 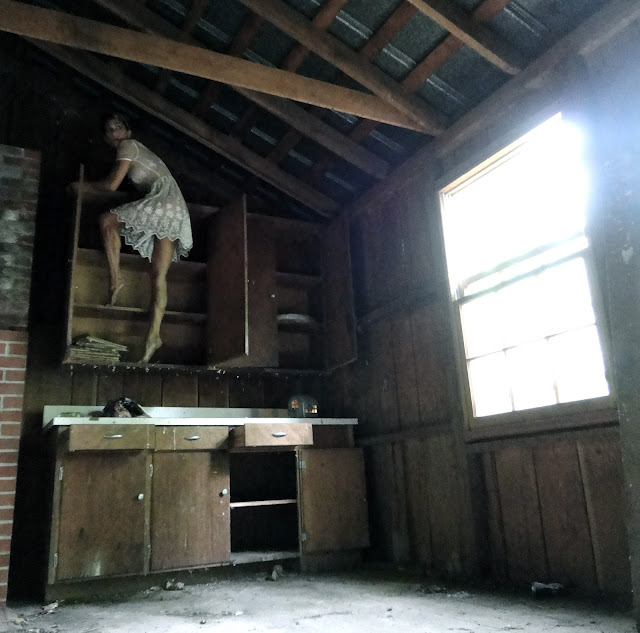 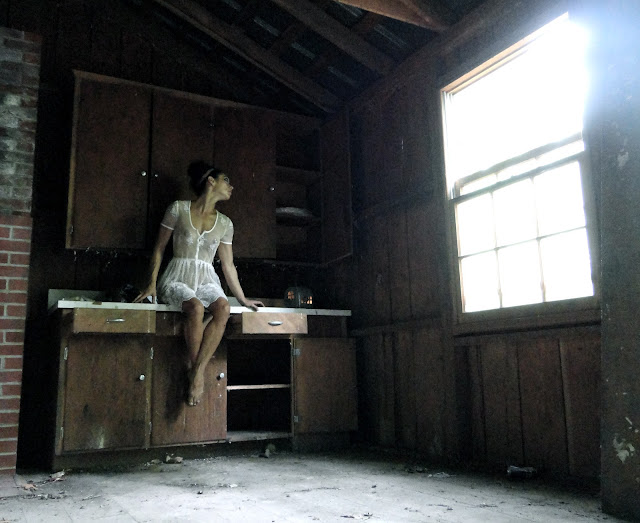 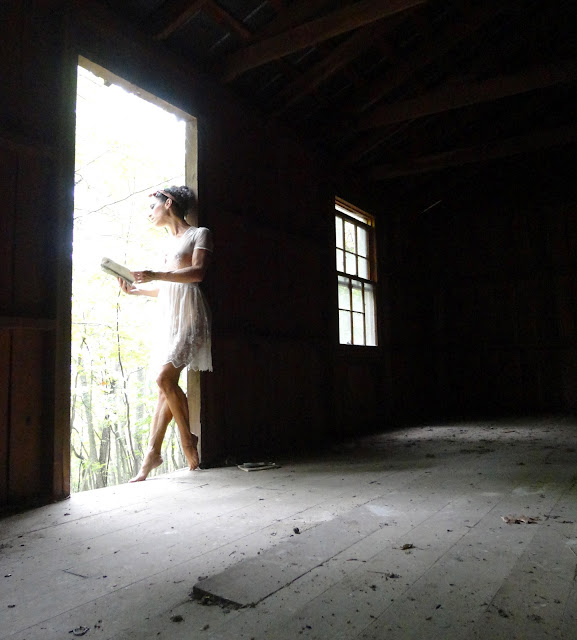 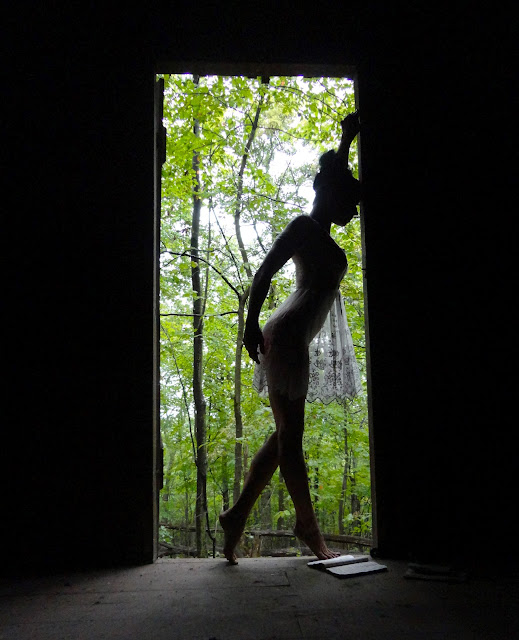 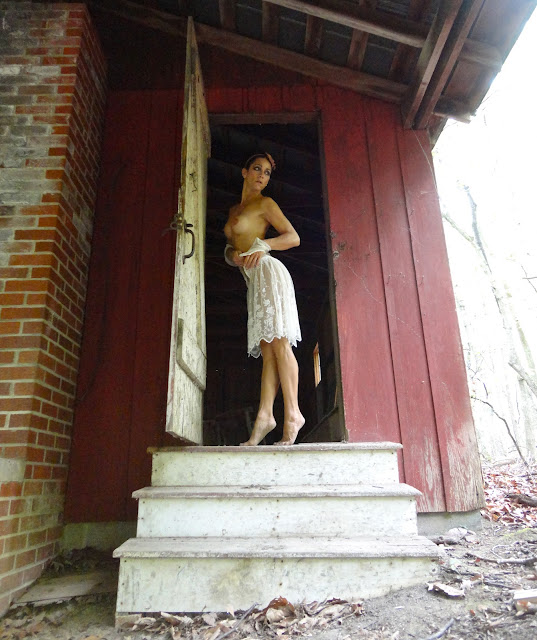 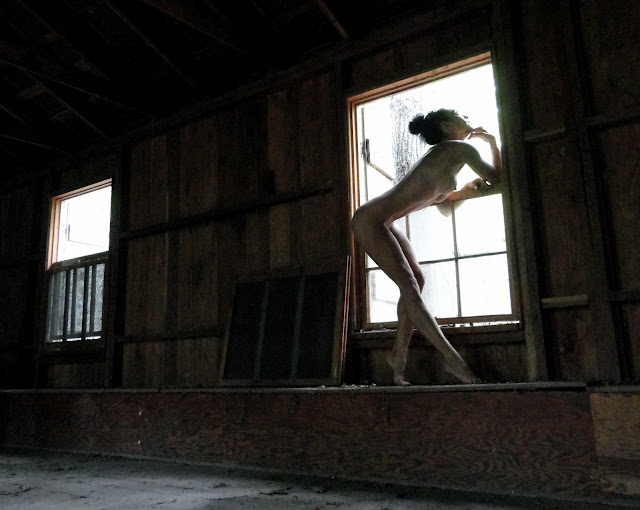 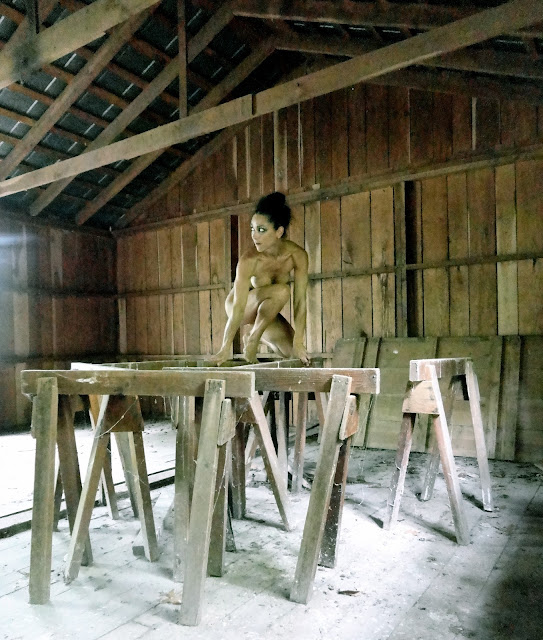 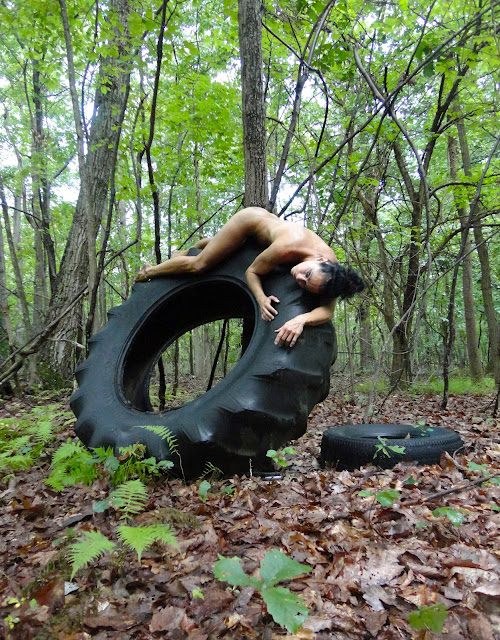 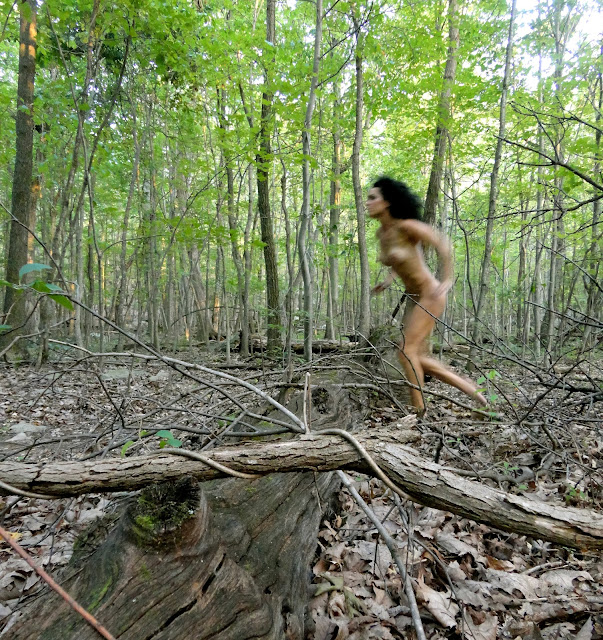 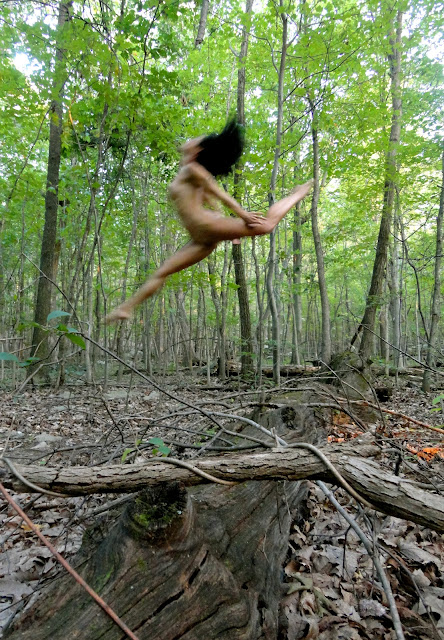 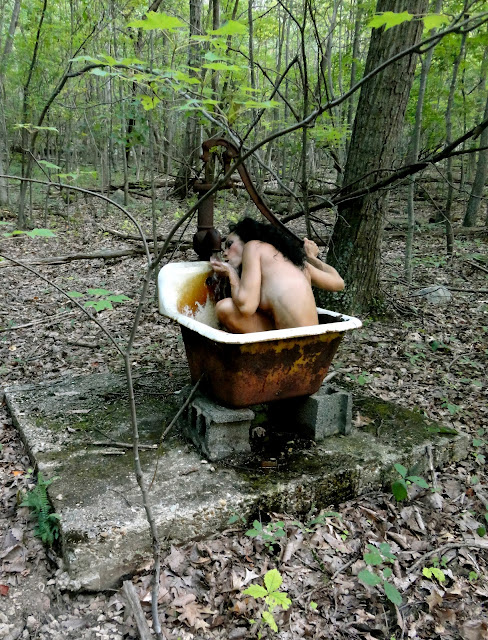 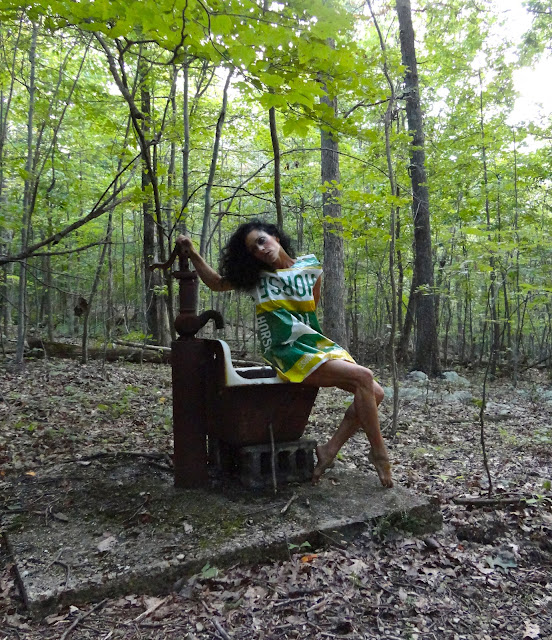 ...and for as much as I'd enjoyed that first night in the forest (and trust me when I tell you, I did!), the next day was even that much more awesome. Coulda been because I wasn't working (as much) under the gun, time wise - which (along with the fact that I was completely alone on my second trip there), allowed me to lose myself in the setting, the story, and the make-believe person that I became...and although neither set of pictures is particularly great, the two shoots were exactly what I wanted, but more importantly - what I needed, at this point in time...