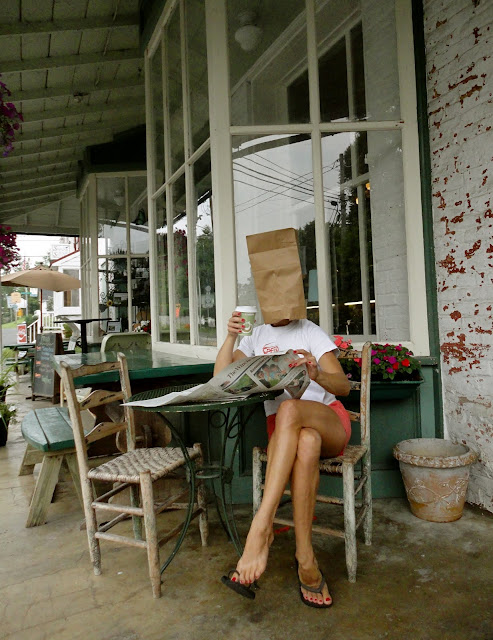 Right, soooo...in order for this entry to make any sense at all - ya' gotta go HERE first, and then read the "Anonymous" comment immediately following the entry. 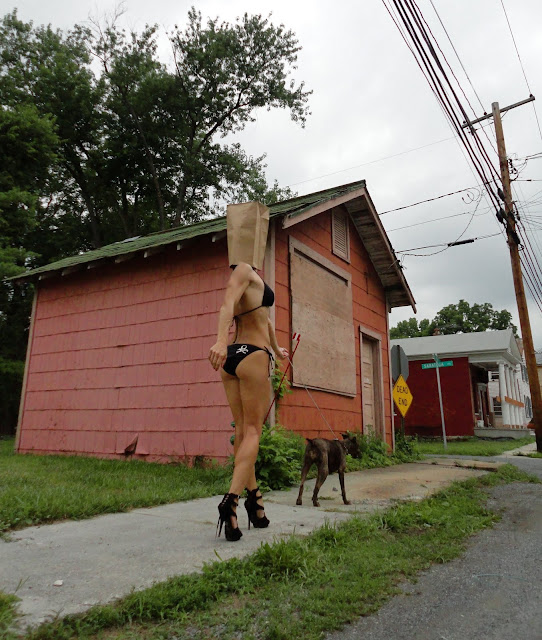 I'd be lyin' if I said that being referred to as "Butterface" (by a group of folks who've visited my blog) didn't sting just a leetle bit, at first. But rather than bury my head in the sand, I put a bag over top of it (per one reader's clever recommendation)...and set about squeezing somethin' sweet outta their sourpuss opinions of my face. 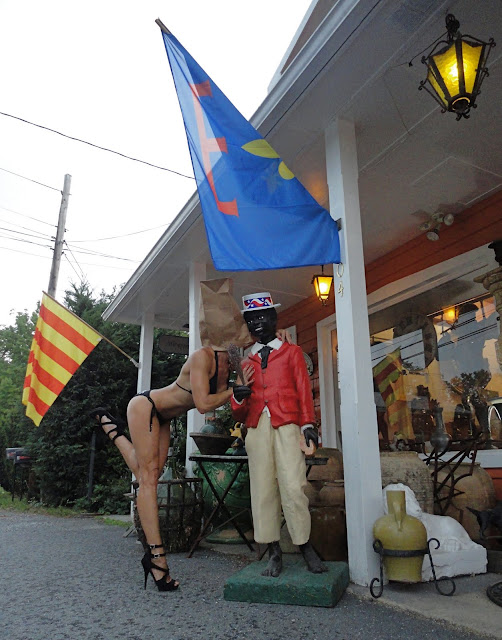 I spent the better part of yesterday, in a self pic.-snappin' frenzy - my objectives? To produce images that might appease the critical commenter (and his or her cronies), but that would (hopefully) give everyone else a long overdue chuckle (lord knows the humorous posts on here - are few and far between, lately). And finally - it seemed relevant and timely to juxtapose total body shots, with the pictures from my recent "About Face" bonanza. 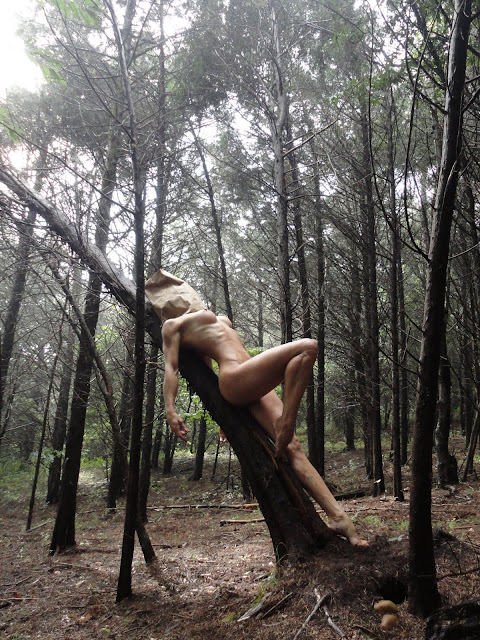 I'm sure that some of you out there, might consider this group of self-portraits to be demeaning, degrading, perhaps even demoralizing - but I really do wish that you wouldn't. My take on it goes something like this: it's not so much that I acquiesced to an asinine suggestion from a mean-spirited reader - but rather that I seized an opportunity to capitalize on something derogatory. And I mean, let's face it - I could've spared myself humiliation, by choosing not to post the comment - but to me that just seemed like the chicken shit thing to do (plus, I never would've taken these pictures...so there's that)

Ultimately I reasoned, "Mightn't jumping on the bandwagon by poking fun at myself - dilute the impact of the reader's passive aggression?" Made sense to me... 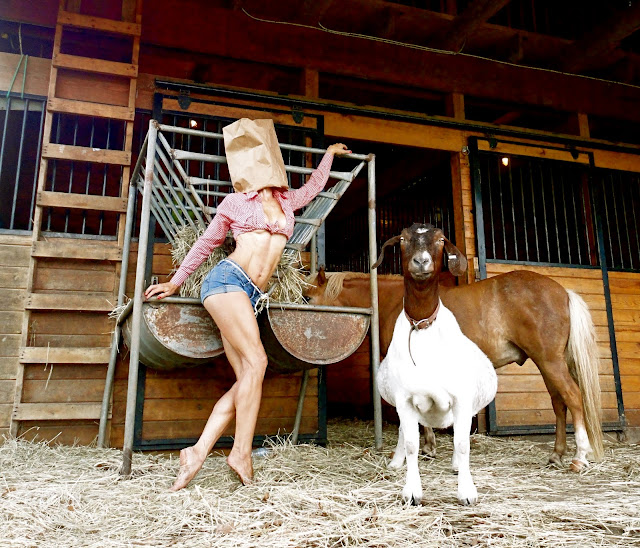 When all was said and done though, what stood out to me the most - was how much easier it was to get pictures that worked, when my face wasn't in the equation (ruh roh)...

Nevertheless, the "Butterface" pics. are a novelty, a farce...and my face will reappear in my pictures, without a doubt. 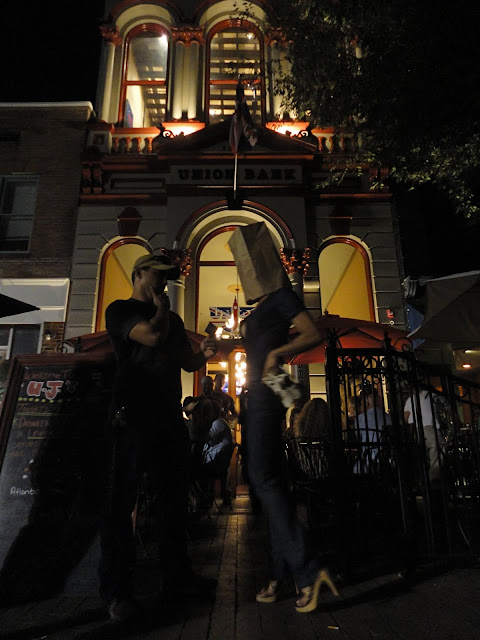 I'm not sure that I've ever owed this many "Thank You's" to so many people at one time...jiminy! The goodwill that's been showered upon me these last couple of days, is positively astonishing...and so...

Thank You - to the obliging folks at the local, gourmet grocery - for donating the brown, paper bags to my cause...and for not batting an eyelash when next I asked - if I could take pictures of myself wearing one, while "reading the paper" and "drinking a coffee" at a table out in front of the store.

To the man from Quebec who came out of his shop (as I photographed myself walking my dog while wearing nothing but a bikini and heels - oh yeah! And the bag!) and then offered his storefront as a possible backdrop - je dis, "Merci beaucoup, Monsieur! Vous etes trop bon!"

Thanks to my good girlfriend and her family, for not only feeding me the yummiest meal that I've had in forever - but also for allowing me to help myself to their woods and their barnyard - for several sets of "paper bag" self pics..

Thank You, Good Samaritan at the bar - who (in the absence of a real bouncer) offered to play the part, so that I could get one last picture to round out the "Butterface" bunch. (He did an awesome job...Much better than I, to be sure!)

It would be remiss of me not to thank "Anonymous" - for sending the comment that inspired this entire entry - Thank You.

But most of all, a giGUNdo THANKS - to those of you who went to bat for me - via comments and email, and face to face convo...you've all helped me feel a bit better about bein' a butterface :)