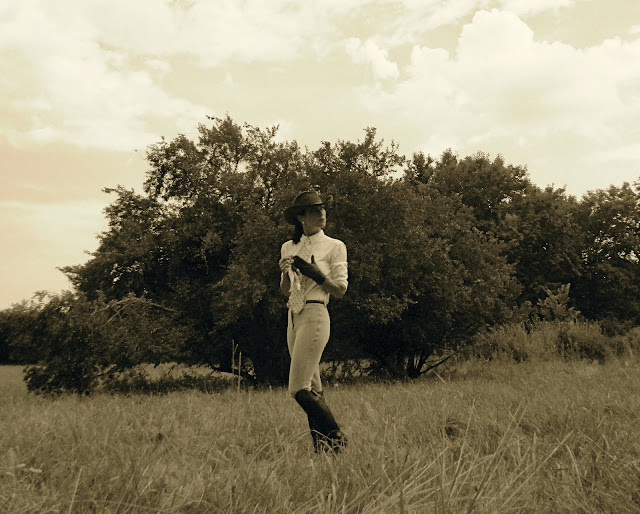 I'm a little worried that these pictures may be too tame(?) or anti-climactic(?) to be following the last riotous lot. But ya' know? Sometimes ya' just gotta take the bad with the good... 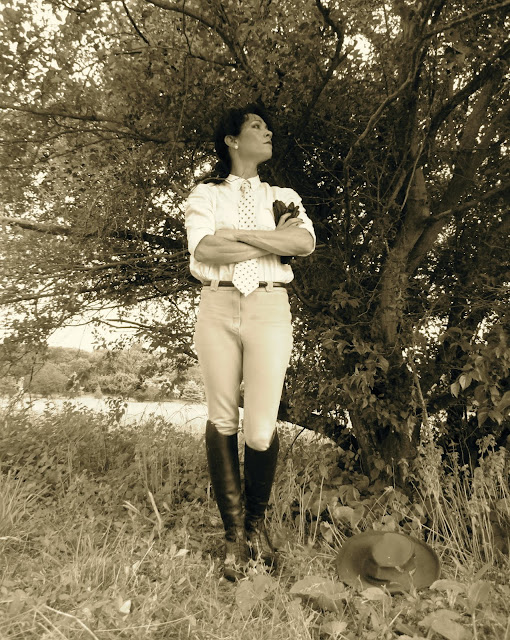 The first of these two shoots came about sort of unexpectedly. My oldest daughter mentioned that she'd like to start jogging in the evenings (when the sun would be dipping, and presumably the temperature would too) at the arboretum up the road from our house. Which reminded me that I'd taken some spur-of-the-moment self-portraits there last summer - when she was on a similar exercise bent.

Something about certain parts of the arboretum (at this time of year especially) have always reminded me of the Serengeti...in miniature of course, and on a dramatically less magnificent scale. And, (ever the opportunist) the notion of snapping "Out of Africa" themed self-portraits, seemed the perfect way to occupy myself and add some new pics. to the queue, while my daughter did her part to stay fit.

You know how in the wintertime I bitched constantly about how brutal it was to take naked pictures outside in the cold? Well...I'm hear to tell ya', I think I actually might prefer that - over taking pictures while clothed - in 98 degree, humid heat! Lawd, was it positively miserable...

Going into this shoot, I was prepared to be frustrated by not having the luxury of snapping pics. indefinitely - since my daughter had predicted that she'd probably only run for a half-hour, or so. Can I just tell you how relieved I was to see her appear on the horizon, and motion for me to finish up so we could head on back home? I sighed, "Hallefreakinluiah" and happily aborted the mission.

Not only was I sweating my fool ass off, but after a paltry 45 frames, snapped over a mere 25 minutes spent running back and forth between camera and pose - my heels had become so shredded by the ill-fitting riding boots, that they bore a striking resemblance to ground beef...yummmm-o. 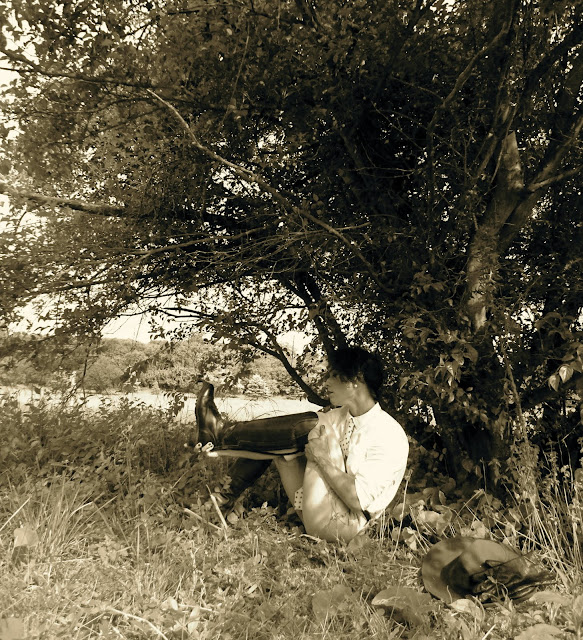 Adding insult to injury, upon first inspection? The pictures to me, looked like absolute crap. It was only after I tinkered with the "sepia" effect on iPhoto, that I was able to (sorta) salvage this puny group... 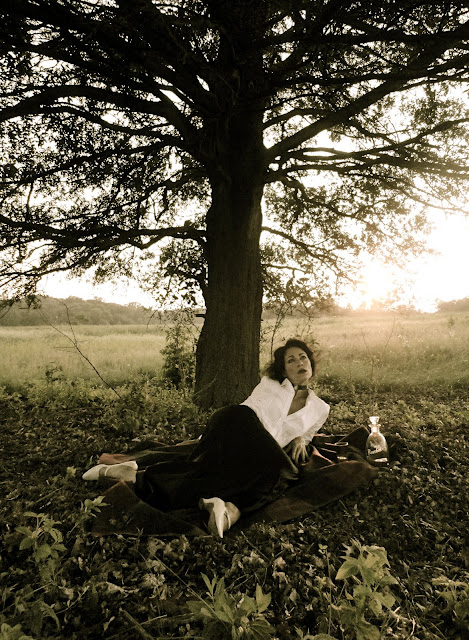 The thought did cross my mind, that being so buttoned-up (which was mandatory since I'd been shooting in a public venue, with one of my offspring in tow) - had hindered my ability to manifest anything sensual, which in turn rendered the pictures dull and staid. Plus, they looked as if they'd been taken in Virginia (as they had)...and not in Africa (as I'd hoped).

Clearly a glutton for punishment, I decided to try again another time - after spotting this tree in a field that we'd passed, as my daughter and I walked back to our car that first day. 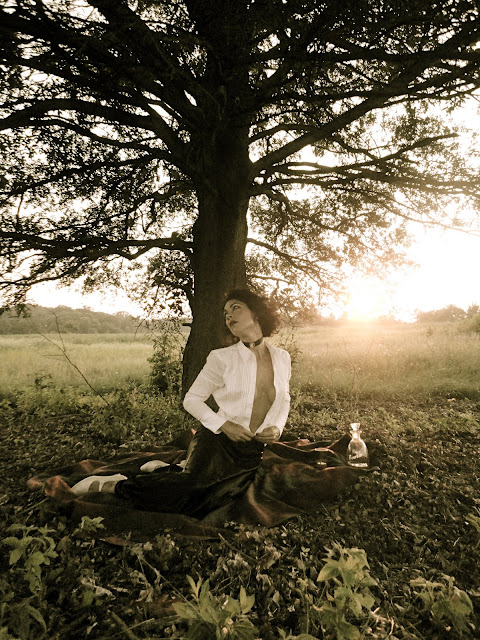 On our second visit though, I was less concerned with transporting myself and my readers to a faraway continent, as I was determined to steer clear of the stuffiness that had spoiled the last set of pics..

I knew however, that I'd still need to be conservative with how naked I got - since my daughter wouldn't be the only jogger on the path, who might chance to catch me in action... 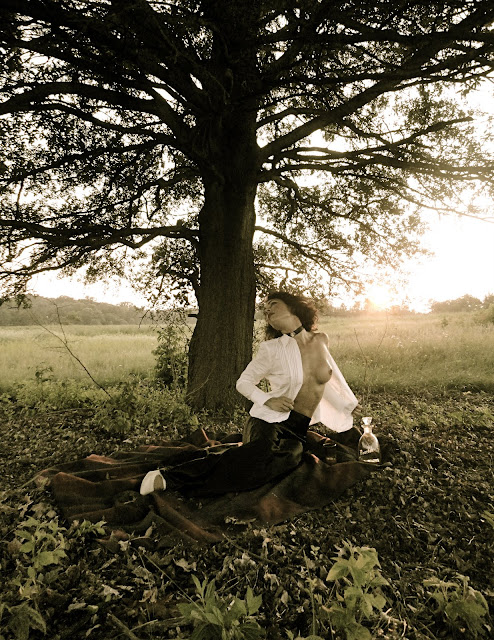 Once again, I shot for 25 minutes - and snapped roughly the same amount of frames...and once again my resounding opinion was that the photos left more than just a little to be desired...rats. Plus those hideous, white shoes (which were at least a size and a half too small) put even more of hurting on my already mangled heels...(see...this is why I'm not a big fan of clothing or shoes...)

Anyway, on our last two visits to the arboretum, I left my handy dandy Cybershot, and those god-awful costumes at home - wore shorts and a tank top, and a pair of comfy flip-flops - and took pictures of other things with my iPhone, instead...