Sticking With What I Know 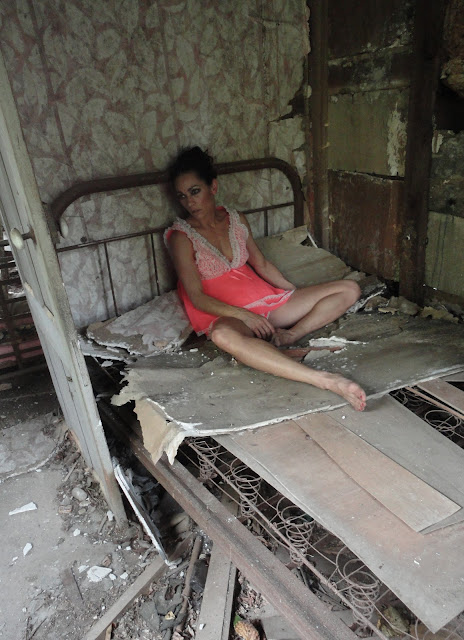 Not to dwell on the subject or anything, but...there are a few observations that I feel I must make (in regards to the collapse of my deal with "my date") if this entry is to have any girth whatsoever.

Admittedly, I'm at risk of sounding regrettably cliche - nevertheless, the best analogy that I can come up with to best describe the time that I spent "wrapped around his finger" (as "my date" himself, so glibly boasted...*gag*) is that being with him was comparable to having an undetected, aggressive cancer...one which (unbeknownst to me at the time) voraciously ate away at my body, mind, and heart. Astonishingly, it wasn't until the carcinogenic tumor was swiftly and successfully removed, that I did finally realize just how ill I'd become - over the three long months that I subconsciously suffered from its debilitating side effects. 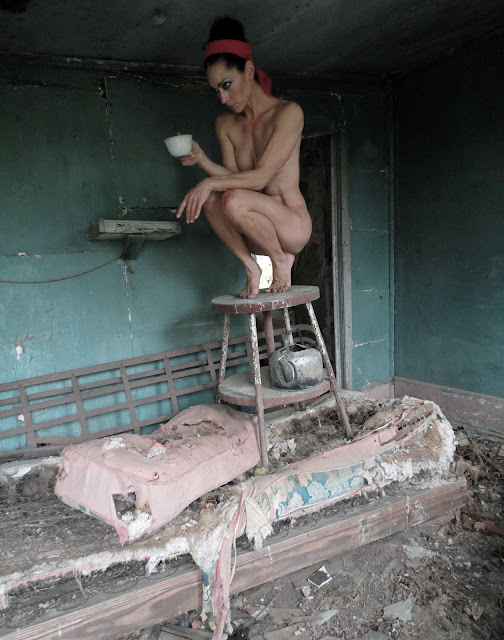 The thing about all of this that's surprised me the most, is how quickly I've fallen out of love with the jerk. I mean seriously, it's only been a week and a half for chrissakes - and already my stomachaches have all but disappeared, my appetite's improving, and I've even been willingly socializing a bit.

I guess the biggest difference between this break-up and the demise of my other miserable relationships is that - in the past when things ended between me and whatever reprobate I happened to be with at the time - it was more akin to having a gangrenous limb finally amputated. Common sense dictated that performing such a gruesome procedure was imperative, if I was ever to become "whole", happy and healthy once again...but learning how to live with something so major, no longer there - was agonizingly painful, and took ages to overcome.

"My date" and I however, spent very little time together - he made it quite clear all along, that being with me didn't rate high enough on his list of priorities to take precedence over all of the things that did seem to matter (like lying in bed at his house without me, cuz his T.V.'s soooo much better than mine...or dippin' his wick in god knows how many others...or choosing to ignore my most frantic texts and calls...). Overall, his contributions to the relationship were so few and far between, that adjusting to his absence has been practically effortless...there's simply not much about him to miss. 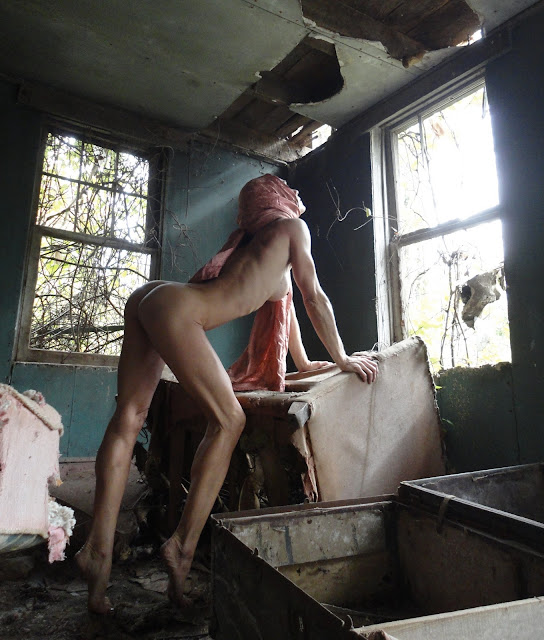 Four days after "my date" so callously kicked me to the curb, I was however, still riding the roller coaster of extreme highs and lows...one minute grateful that he'd only managed to suck the joy out of three months of my life (as opposed to the far worse alternative of say, three years or more)...the next minute though? I'd be sick to my stomach, because he'd humiliated me...and in doing so - he had dealt the final in a cumulative series of crippling blows - to what little self-confidence I had left.

As has become somewhat compulsory, I turned to my art in the hopes that it might alleviate the lingering melancholia...because for me, self-portraiture can be the virtual equivalent of soothing tattered nerves the way other people do when they lay in bed watching old movies all day, or eat a quart of vanilla bean ice cream straight outta the carton. And so, desirous of chasing down a lead that had been sent to me by a very thoughtful stranger (THANK You!), I left work and made a pilgrimage to the town where the house in these pics. (barely still) stands.

Once I located it, I pulled my car off of the single lane, dirt road as much as I was able - and left it conspicuously parked beside a "No Trespassing" sign. It made me nervous, but I could find no better place to safely leave it (without impeding the flow of spotty traffic) while still staying within walking distance of the juicy, come-hither ruin.

I walked up the lane, and then across the front yard (which was nothing but a sea of waist-high, wild berry bushes, *ow*), and literally the instant I got myself insida that place, the adrenaline kicked in...my worries were behind me (for the time being at least)...and I knew that I was exactly where I needed to be.

It's been one week since I snapped these pics., and in that time I've taken easily a coupla hundred more - which never would've happened were I still in the paralyzing, stifling clutches of "my (diabolical) date". So if we take that, plus all of the above, yet one step further - mightn't we draw the conclusion that: where relationships are clearly not my area of expertise (nor are they ever very likely to ever be) self-portraiture is something that by now, I know intimately. Like, maybe I should hang up the notion that I'm meant to be with any man...and just stick with the one thing (besides my sweet kids, of course) that's perennially there for me, and so far - has never really let me down…